Book 1: 500GP winner and World Superbike racer Simon Crafar passes on the essential rules learned throughout his career, designed to teach any rider how they can ride faster and stay away from unnecessary risks. Covering such areas as body position, braking, corner entry, mid corner and corner exit as well as other essential tips and tricks, this book will provide you with a comprehensive easy to understand guide to going fast. Containing detailed descriptions, illustrations and stunning photography the book shows Simons techniques in a easily understood manner all in a flexible book that will easily fit in your backpack or gear bag. *Available in English, Spanish, French and GermanB 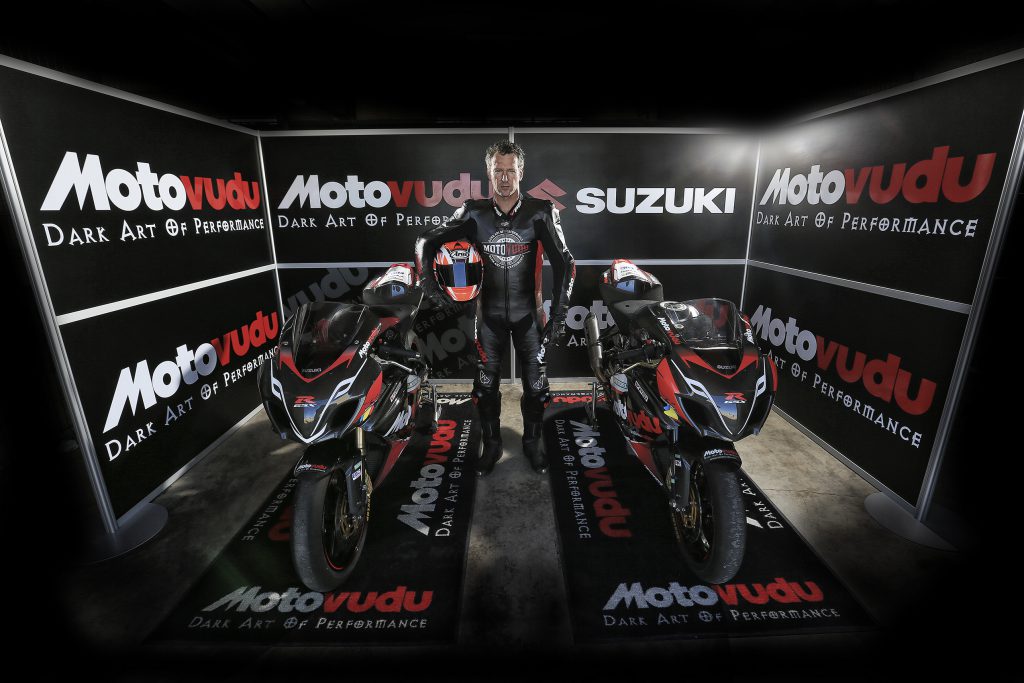 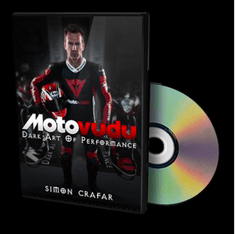 This DVD covers such areas as body position, braking, corner entry, mid corner and corner exit, as well as other essential tips and tricks. This DVD will provide you with a comprehensive, easy to understand guide to going fast. Containing visually stunning high resolution, slow motion footage that shows detailed movements and minute changes, this DVD shows Simons techniques in an easily understood manner with multiple angles and detailed descriptions for each process. This DVD also contains an insight into Simon himself, with footage of his life away from the track and interviews with current World Championship. *** Available in English, Spanish and French***
Book 2: Following the worldwide success of his original book and DVD Simon Crafar now takes you to the next level. Motovudu 2 utilises these same rules but pushes them to the very limits. This book is not about safety as much as riding to the very highest levels, and this is not possible to achieve without calculated risk. Like anything that is pushed to the limit, it is a fine line between pain and glory. In addition to being a professional motorcycle racer, Crafar also worked with world championship riders as an Ohlins suspension technician and more recently as a coach/mentor for World Championship riders. Motovudu 2 also contains his thoughts on the mental and physical approaches to riding at the highest level. We hope that Motovudu 2 will help you reach your goal of being the fastest rider on circuit. (Book only) 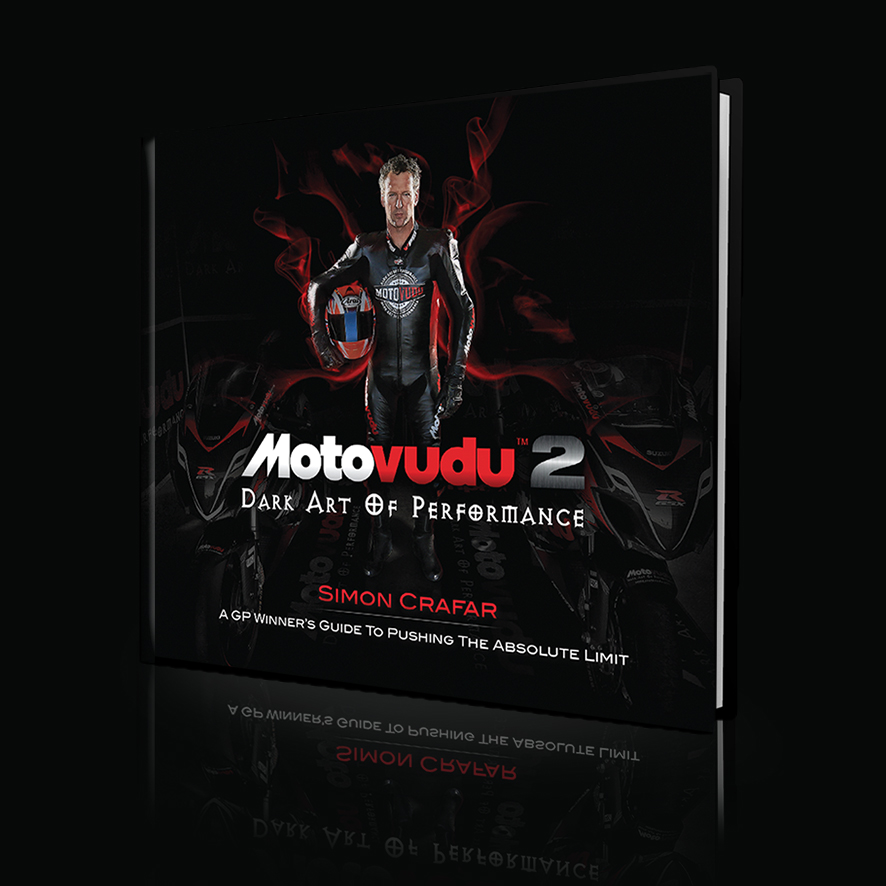 All our books and DVDS are available from :  https://www.motorcycleracer.com/motovudu.php

I am Crafar disciple. I imagine there are many of us!

There is no voodoo here. This is terrific instinctive riding, nothing mystical.

It is interesting that Simon Crafar calls his system Motovudu. I think that this is tongue in cheek of course, and I imagine that he would say so as well. In fact, I’m sure of it! It’s just that everybody else, in print, on YouTube or at trackday sessions, is so full of shit. Everything is unintentionally rendered incomprehensible, confusing the inexperienced rider, and potentially placing them in harm’s way, because their understanding is not coherent.

Generally, one should not expect an elite athlete to be able to explain what he or she does in great detail, let alone coherently. Its talent stupid, should be their answer. Go ask a coach!

Simon Crafar just happens to be able to articulate his superbly instinctive way of riding with poetic simplicity. The less endowed teachers out there (all of them as far as I can tell), say stupid things like “its just physics” when trying to help a poor student rider like me. Simon, on the other hand, explicitly states that he is not a scientist, and that he has learned the fundamental skills of riding fast by experience. He tells us what he knows! If you want to ride fast, you had best listen to him carefully.

Using my training wheels (Honda CMX 300 OEM on the road) and applying the Crafar method, everything is intuitive, but tuned up to work on the track, riding fast. On the road, I think of the speed limit as 10% faster than the posted speed limit. On the track, consistent with the Crafar method, the speed limit is absolutely full throttle whenever safe to do so (acceptable lean angle, good track conditions and temperatures).

As Simon points out, his coaching is strictly for track and racing, not road riding. So it must be moderated and blended to do safely on the road, but I think it is enormously beneficial to do so. (We amateurs don’t get enough track time, right?)

It makes riding on the road fun, at the same time honing mental skills needed for the track. It is working the OEM motorcycle a bit harder, but not exceeding the lean angle limitations at all, and not causing havoc because of the OEM suspension settings (which typically would be like pogo sticks on the track). The OEM equipment is just fine on the road as are the ordinary road tires for practicing this way.
I suspect an ordinary road motorcycle rider behind you would be quite envious of your talent if you ride the Crafar way.